Toyota 2F Engine – The Now Sought After 6 Cylinder Paperweight
It can pull a stump, but wind and a hill will stump it every time! 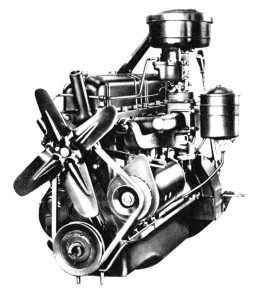 For years, most people considered the F-Series engine in their Toyota Land Cruisers very inadequate, better yet, a very good paper weight! Most Land Cruiser enthusiasts became familiar with the F-Series of Toyota engines that came nestled into their 40-Series Land Cruisers manufactured from 1960–1984 for the US market (1968–2001 in Brazil). 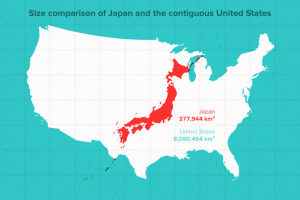 Maybe in those early days the team at Toyota just didn’t quite understand just how physically big the United States is in comparison to Japan. Toyota Motor Sales, U.S.A., Inc., began sales in 1958 with a modest total of 288 vehicles – 287 Toyopet Crown sedans and one Land Cruiser. For years it was very common to prop the hood up on an old 40-Series and find that the owner had swapped out the F-Series for a small block Chevy engine. Also in timeline comparison, the hot rod movement was already underway, yet primitive as the National Hot Rod Association was formed in 1951, thus what was happening in peoples garages was more advanced that what was coming from any of the manufactures.

Fast forward 40-years+ and somehow people are on the hunt for those original 2F engines. But why would anyone want to revert back to an underpowered engine?* Hold on, we are not finished with our history story. In recent years, scarcity and rarity changes everything as the 2F engines are being sought out after being thrown out! Literally! We know… We had mountains of F-Series cast iron piled in our yard! As the collectivity of older Toyota Land Cruisers is on the rise, these underpowered 2F Toyota engines are harder to find than straight 40-Series sheet metal! Let’s divulge a little history of the F-Series Toyota engine.

THE F SERIES
Toyota began the inline-6-cylinder F Series engine development in December 1948 and was largely a bored out version of the earlier Type B engine. Most importantly, Toyota incorporated lessons learned from the B Series development during the war, and the F engine benefitted from lightweight alloy pistons and better lubrication than earlier models.

The F Series engine was first introduced in 1949 in the same Toyota BM Truck chassis bound for the Brazilian market, thus becoming the FM Truck. The FM truck became available in the Japanese market the following year of 1950. While the F engine gained fame as the Land Cruiser engine, it was also used in a variety of other large truck applications such as in fire trucks and the Toyota FQ15 trucks. 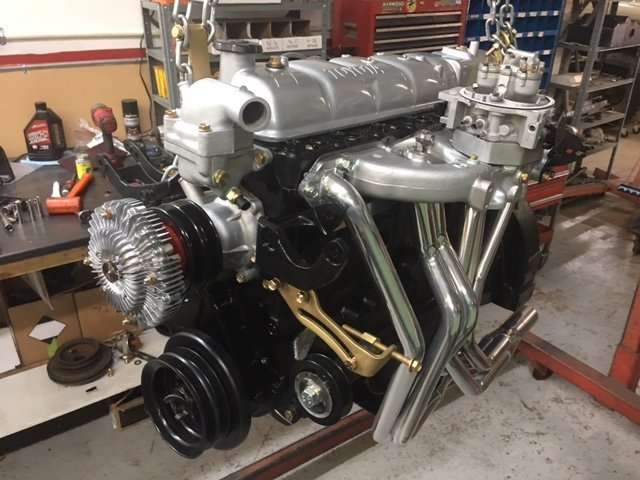 2F TOYOTA ENGINE
The second version of the engine, called the 2F, was introduced in 1975 and ran to 1987. There are a few differences between the F and 2F, i.e., a larger bore in the 2F, removing one oil ring and forcing the oil to travel through the oil filter before the engine.

3F/3F-E 80-Series
The 3F was introduced in 1985, but did not become available in the United States until 1988. Differences from the 2F engine include a modified cylinder head to reduce warping and separation from inlet and exhaust manifolds, the introduction of electronic fuel injection (EFI) in some markets, a vastly improved emissions system, and a smaller displacement resulting from a shorter piston stroke. The displacement decreased from 4.2 liters to 4 liters, but the engine power increased by 15 kW (20 hp) and torque increased by 14 N⋅m (10 lb⋅ft). As a result of these changes to the engine design the redline was increased, allowing a wider powerband which made this engine far more suitable for on-road travel.

The inline 6-cylinder F Series Toyota engines were produced between November 1949 and 1992. The F-Series is known for it’s high torque output at low engine speeds, massive cast-iron blocks and heads and superb reliability that has been the forefront of Toyota’s reputation. It has been often said by the Toyota loyalist, that these engines are awesome once you hit the dirt, it’s just the commute to the dirt that had people wanting more road-going power. Yet the F Series engine had one of the longest production runs of any Toyota engine.

Due to the low rpm design and cast iron construction of these engines, it is not uncommon to see them reach over 480,000 km (300,000 miles) before needing a major overhaul.

In 1992, the F series engines, after almost 45 years, finally ceased production. In 1993, the F series was replaced by the dual overhead cam (DOHC) 1FZ series.

Time For “Mo Powa” for your 2F?
https://redlinelandcruisers.com/shop/engine/fuel-systems-components/fuel-injection-system/holley-sniper-2f-efi-red-line-manifold-adapter-kit/

Red Line Land Cruisers of Colorado Springs, Colorado specializes in selling and crafting the best Toyota off-road parts on the market today. From our meticulous design to our exacting standards of fabrication, we never ship anything but the best. We also carry products from manufacturers that pay as close attention to detail as we do.

We will only fabricate and sell products we would install on our own rigs. Whether you’re looking for service or parts on your Toyota, interviewing companies to restore your vintage Land Cruiser, or shopping for your next FJ, Redline Land Cruisers is your trusted source for service, restorations, parts, sales and more!

Vintage 4×4 Resto-Mod: We find that most of your clients land in the Resto-Mod category. This is a classic 4×4 vehicle with all the modern comforts. Power Steering, AC, Cruise Control, BlueTooth Stereo, Fuel Injection, Disc Brakes, and more. Allowing these classic trucks to be comfortably driven daily.

Land Cruiser Revival: We love doing vehicle revivals, bringing the vehicle back to life. We go over the vehicle with a fine-tooth comb to fix and repair every detail we can with the correct factory parts. Allowing the vehicle to be safe and reliable on the road once again.

The Rock Rod: Red Line Land Cruisers will perfectly combine the modern comforts with extreme suspension flex and armor to allow you to follow buggies on rock crawling trails in your classic 4×4 vehicle. Safety and reliability are first and foremost then off-road capabilities without sacrificing on-road comfort.