Maybe you are doing the 80-Series Front Axle Relocation Kit modification to an FJ80 / FZJ80 and looking for that extra 8mm or simply need to replace your dead rubber factory bushings.

Radius Arm To Chassis Mount Bushing have up to 8mm of off-set adjustability, made from a proprietary polyurethane mix. In comparison, rubber bushing are around 60 durometers. These poly-bushings rate at approximately 70 durometers, thus not as “hash” as what you would find on a road-race car or a skateboard wheel which is around 99a.

In many cases, there is little to no effect of additional noise, vibration and harshness due to the use of these poly bushings. Your tire noise is going to “out-weight” any noise (if any) from these bushings, yet the benefits are so worth the price of admission! Durability wise, oil will not “melt” these poly bushing like it does typical factory rubber bushing. And you know your 80-Series is leaking dead dinosaurs back into the earth! 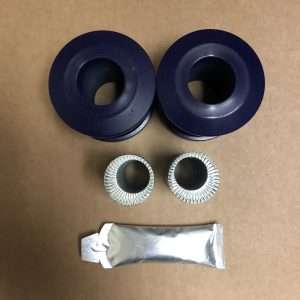 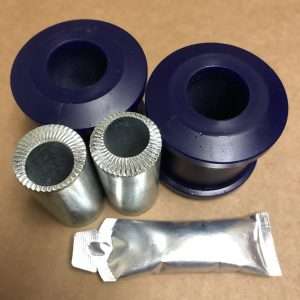 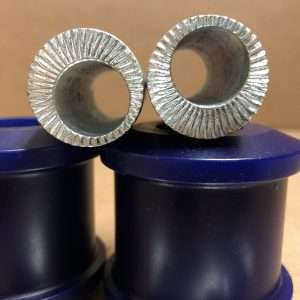 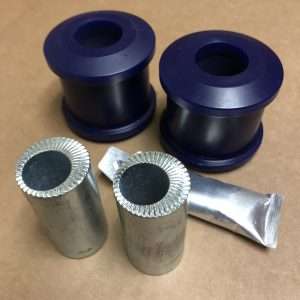 Durometer Shore Hardness Scale – The Shore durometer is a device for measuring the hardness of a material, typically of polymers, elastomers, and rubbers. Higher numbers on the scale indicate a greater resistance to indentation and thus harder materials. Lower numbers indicate less resistance and softer materials. The term is also used to describe a material’s rating on the scale, as in an object having a “‘Shore durometer’ of 90.” The scale was defined by Albert Ferdinand Shore, who developed a suitable device to measure hardness in the 1920s. It was neither the first hardness tester nor the first to be called a durometer (ISV duro- and -meter; attested since the 19th century), but today that name usually refers to Shore hardness; other devices use other measures, which return corresponding results, such as for Rockwell hardness. 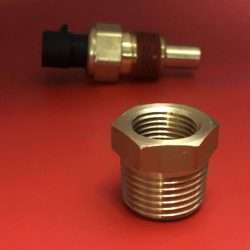 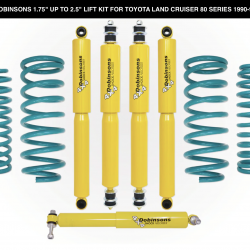 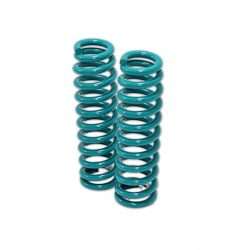 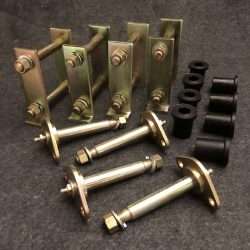 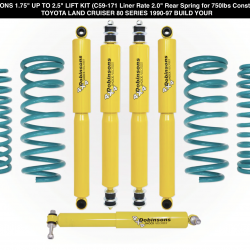 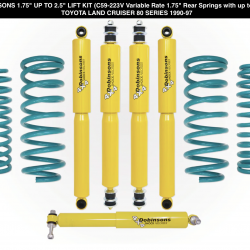 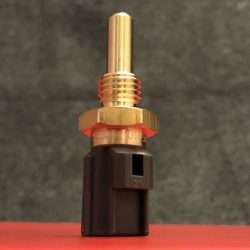