September 25th, 2021 at the Larry H. Miller / Liberty Toyota North location saw some 60+ Toyota 4X4 vehicles visit in celebration of all things Toyota 4X4! We here at Red Line Land Cruisers brought the history and everyone else came with more 40-Series, 60-Series, 62-Series, 80-Series (We brought the #RLLC80 too), 100-Series, 200-Series, Tacoma’s and Tundra’s! It’s was a true site to see!

Typically I will shoot tons of photos from events… BUT, my iPhone8 device, at 256k, had reached it’s limit the morning of the event, (probably because I shot this little video the day prior) so I was mainly shooting images directly into our Instagram Stories section live from the event. This did not put data on my phone. Same time I was trying to delete as much as I could while on-site, thus I only captured the following images. 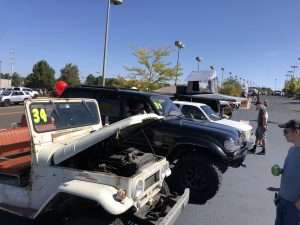 Being the new guy here, I pitched it to the crew at Liberty Toyota that this puppy needed to be on “permanent display” at the dealership! Little did I know how to put two and two together and sort out that the Larry H. Miller of Liberty Toyota is the “Miller Family” of the Land Cruiser Heritage Museum. But with that, I told them this is a “Colorado purchased Land Cruiser” and has lived locally in Colorado it’s entire life! It should rightfully stay in Colorado, at the Toyota dealership owned by the LCHM-Miller group! Gotta’ try!

But back at the office a few weeks later while tolling over a recent book purchase, I discovered that the LCHM actually “has in their possession” the first ever Toyota Land Cruiser sold in the United States! According to the book, “Toyota FJ Cruiser” by Larry Edsall, page-14 shows a photo of an 1958 FJ25 Land Cruiser that previously belonged to Mrs. Trembly of Arrowhead, California. This FJ25 was purchased at Rose Toyota of San Diego, Ca. A quick Google search resulted a post on IH8MUD and it seems that Rose Toyota was the first Toyota dealership for the USA!

OK, on with the show and my very few photos! 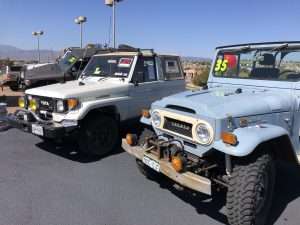 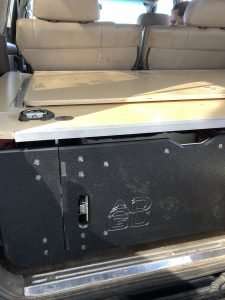 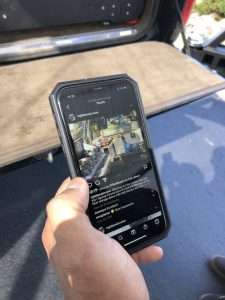 Plenty of 80-Series where on display at the event! Again, not much in photos as everything was streamed via our IG Stories, but I did squeeze in these two images. This one 80-Series had everyone’s attention with this ADGU drawer-deck system from Dark Runner Overland. Another 80-Series was that of FZJ80LandCruiser and you can see more of his rig on his IG Page. 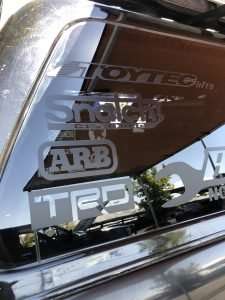 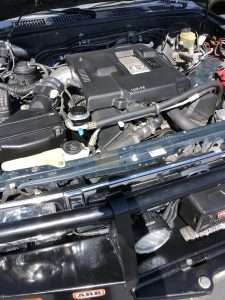 Two different rigs here, but the 1UZ-FE caught my eye as it is transplanted into a Toyota Pickup Truck that looked the business. Just as business was the rig sitting next to him and noticed his Snatch Clothing sticker and t-shirt he was wearing! If you are on the 4WD 24-7 YouTube Tip, then you know who is behind the Snatch Clothing brand. But if not, 4WD 24-7 was previously known as 4WD Action. Shaun Whale, Graham Cahill and the boys have been creating the best off-road content for Australians for 20 years! 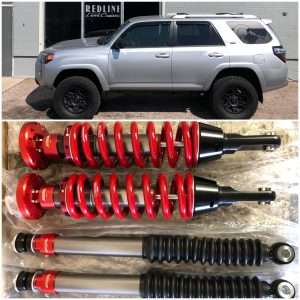 A customer, just a couple of weeks prior to the event, had us install a set of ToyTech Lifts Suspension Package on his 5th Gen 4Runner! We are a dealer for their products already, so it’s always great to get to meet up with our local Colorado technical partners! 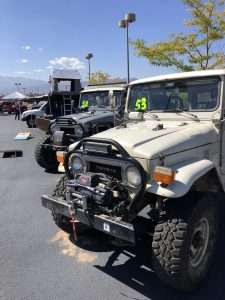 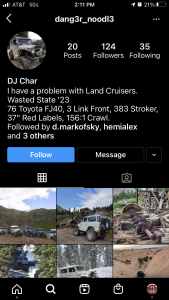 The youngest FJ40 driver / owner along with his dad, are these two rigs – DJ Char (instagram) Don’t worry, no techno music on his page.
But the rigs are well built and we had a nice long chat with them! Cool cats! 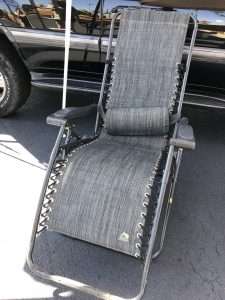 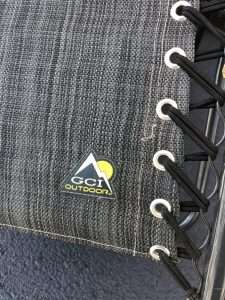 Been looking for these…. Like I have time to lounge! But these GCI Outdoor chaise lounge chairs are nice!

Now back onto serious matters! 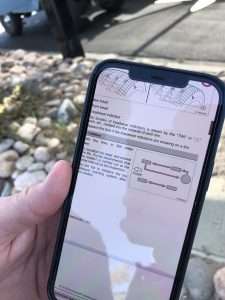 Maybe you saw our post about 5-Tire Rotation and while attending the event, a buddy of ours had just taken delivery of his 100-Series and noticed this in the Toyota Owners Manual. 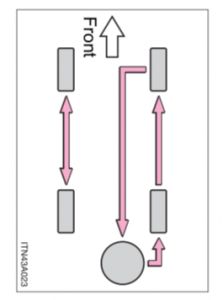 While this method may work well for using your spare tire temporarily, it does not take into consideration the use of all five tires for  overall extended life of your tires. 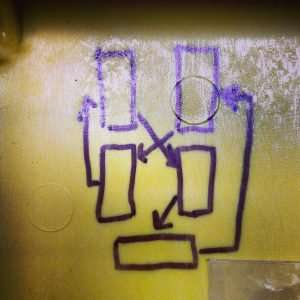 This is the 5-Tire Rotation method that I use and what I have drawn in the top of my yellow Pelican 5110 Tool box. I am of the opinion, until proven otherwise and or if my tire manufacturer of choice tell’s me otherwise, that my chosen method of rotating the five tires around will give me overall more life of the tires verses simply using only four tires. 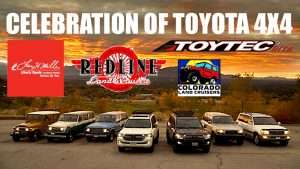 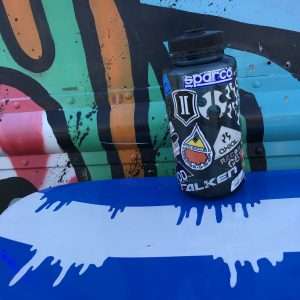