Everything you need to know… from Donut Media, from a Toyota Land Cruiser & Truck Enthusiast!

Here at Redline Land Cruisers, we are true Toyota fans, fanatics in fact and we enthusiastically like to wheel our rigs! So it is awesome to see that the crew at Donut Media are also Toyota fans! OK, they seem to be fans of almost anything.. But in their best opening tag line, “Here is everything you need to know” from Donut Media from a Toyota Trucks Enthusiast standpoint!

There is obviously a whole new generation of automotive enthusiast coming into the Toyota Land Cruiser & truck market! OK, not to scare you, they are HERE ALREADY! Enjoy these videos! 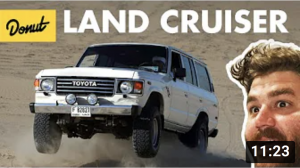 Toyota Land Cruiser – Everything You Need to Know | Up to Speed
Special thanks to Greg Miller and everyone at the Land Cruiser Heritage Museum for making this episode possible. Check it out: http://www.landcruiserhm.com/

TOYOTA TACOMA – Everything You Need to Know | Up to Speed
This is the story of one of the world’s most-loved trucks, an indestructible icon and off-road legend. The Toyota Tacoma can do it all! Join james as he explores the rugged history of the Toyota Tacoma, from the Toyota truck, to the Hilux and beyond! 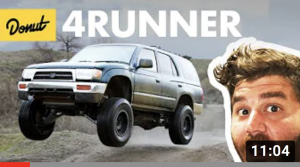 Toyota 4Runner- Everything You Need To Know | Up To Speed
The Toyota 4Runner is the Off-Road car of the people. With a reputation for being bulletproof, it became the off-road car that defined the SUV. We cover its humble inspiration- the Toyota Trekker, the low power, but indestructible, rock dominating first and second Gen. 4Runners, and the Modern Luxury SUV off-road monster it is today. This is everything you need to know to get Up to Speed on the Toyota 4Runner. 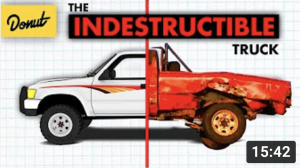 FJ CRUISER – Everything You Need to Know | Up to Speed
The Toyota FJ Cruiser was left in the dust in 1984 after the birth of the famous Toyota Land Cruiser, but in 2013, after being developed in secrecy initially, it made a comeback that completely took the automotive world by storm. 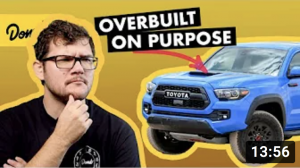 Toyota’s Reliability Secrets REVEALED
When the topic of reliability comes up, its doesn’t take long until the name Toyota is mentioned. Whether its million mile Tundras, indestructible Supras, your grandpas Corolla that just wont die even though the oil hasn’t been changed in 5 years. many manufacturers make a reliable car here and there or maybe and era of reliable cars, but few OEMs make as many tried and true cars as Toyota. So what’s their secret? in this video Nolan explains exactly what Toyota has done to make reliable car after reliable car. We take an in depth look at the concepts of Jidoka, Kaizen, and JIT. Don’t know what that means? then you’ve got a video to watch!